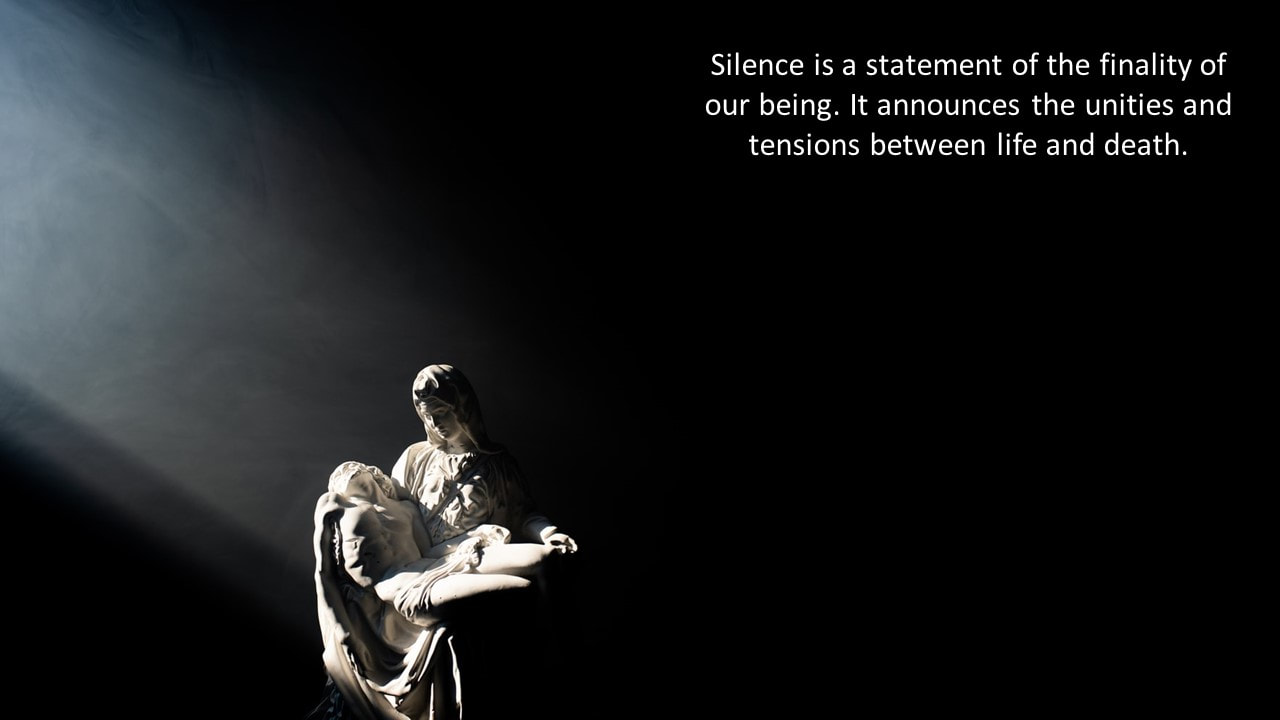 Richard Fleming, Evil and Silence (Routledge, 2011), 94.
Image: Grant Whitty, Eugene, Oregon, grantwhitty.com
This quote is from Richard Fleming's Evil and Silence (Routledge, 2011), 94. A philosophical text written in response to the terrible events of 9/11, this book has been described as a meditation on justice, non-violent life and the need to acknowledge the humanity of others (see here). In it Fleming argues that living consistently and intentionally with silence and meaningful sound can be an appropriate and justified response to the injustice and evil that we encounter in our living. The final in a series of three linked quotes and images for late August and early September, today's short text about silence has been an important reference point for the artist/writer of last week's Quoting Silence email, Makoto Fujimara, who discusses Fleming and his work in Silence and Beauty (InterVarsity Press, 2016), referenced in the information under last Monday's quote. Richard Fleming is Professor of Ordinary Language at Bucknell University, Pennsylvania, where he writes about language, silence and contemporary music. He is particularly known for writing about the famous American composer, John Cage, whose 'silent' or, more accurately 'noteless' composition, 4'33'', you may well have heard of. To listen to and watch a variety of performances of this famous composition, and see its musical score, see here.
To return to the Quoting Silence Collection, click here