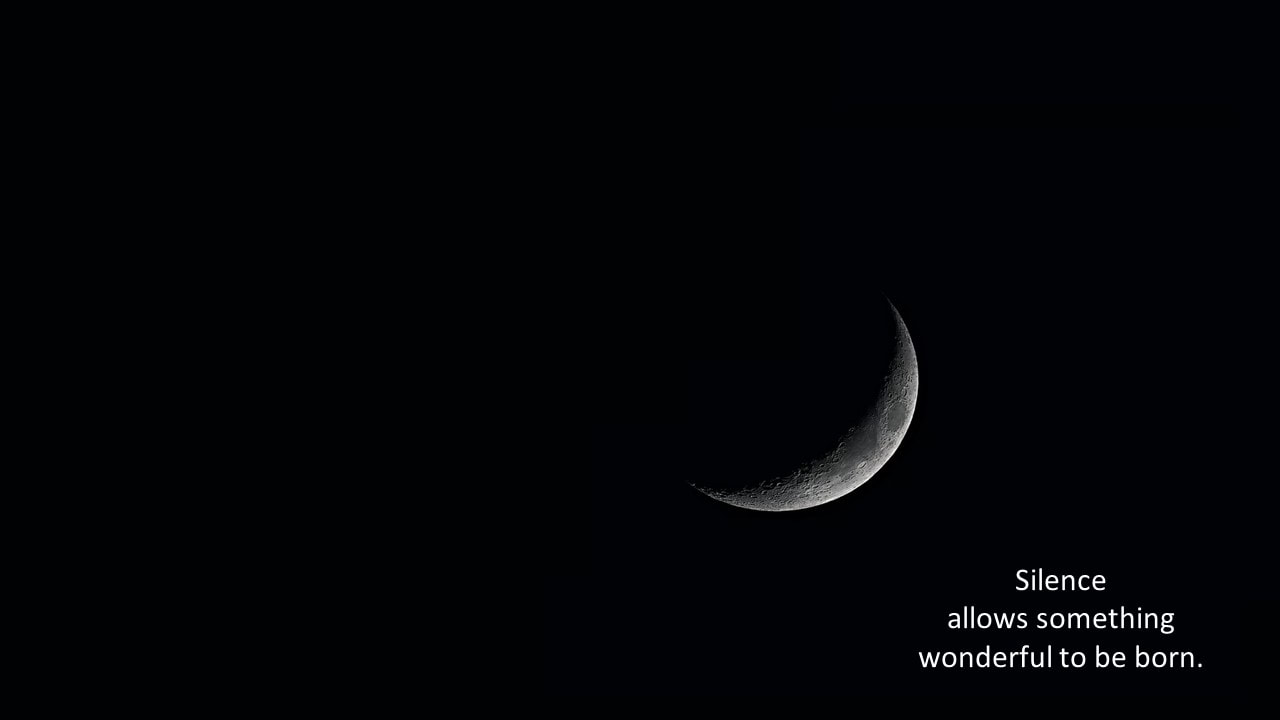 Bieke Vandekerckhove, The Taste of Silence: How I Came to be At Home with Myself (Liturgical Press, 2015), 8.
Image: Ashwini Choudhary, Meerut, India, @ashwch
Thiss quote is from Belgian author, Bieke Vandekerckhove's The Taste of Silence: How I Came to be At Home with Myself (Liturgical Press, 2015), 8 - a book that won the Best Spiritual Book award in Belgium in 2011. When she was 19, Bieke was diagnosed with ALS, a degenerative neurological disease. By force of circumstance she was led to Saint Lioba Convent in Egmond-Binnen where learning about Benedictine spirituality and praying the psalms 'influenced her life for good'. But, unexpectedly, three years later her disease went into remission. Even though she was partially paralyzed by ALS, Bieke has now lived with this condition for more than twenty years. In this book, she shares her search for meaning and strength following the onset of her illness. Much to her own surprise, she found both in the stillness of contemplation and the richness of silence. The practice of Benedictine spirituality and Zen meditation became, as she says, the two lungs through which she breathes. Although for some this linking between Christian and Zen practice may be challenging, increasing numbers of practitioners from both traditions are finding much to sustain them in dialogue with each other. See, for example, the book by Christopher Collingwood, a Canon at York Minster until summer 2020 and a recognised Zen teacher: Zen Wisdom for Christians (London: Jessica Kingsley Publishers, 2019), see here. Or for a brief discussion from Rowan Williams, the former Archbishop of Canterbury, on his awareness of areas of overlap between the prayer and meditation practices of Christianity and Buddhism, see here.
To return to the Quoting Silence Collection, click here