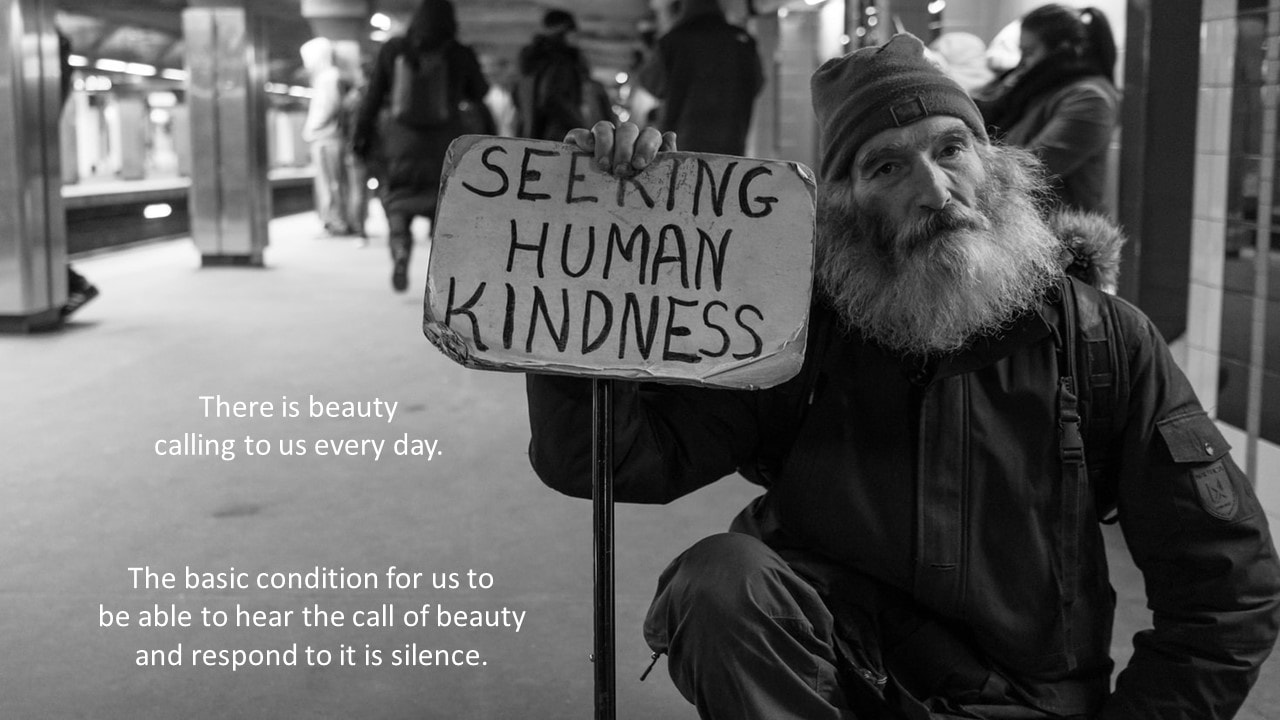 Thich Nhat Hanh, Silence: The Power of Quiet in a World Full of Noise (Rider, 2015), 3.
Image: Matt Collamer, Boston, Massachusettes, @mattcollamer
​These words by  Thich Nhat Hanh were used for the weekly quote two days after his death on 22nd January, 2022.
They are taken from his book, Silence: The Power of Quiet in a World Full of Noise (Rider, 2015), 3 - see here - in recognition of his immense contribution to the global meditation community across all religious traditions. Nhat Hanh was born in Vietnam in 1926 and entered the local Buddhist monastery when he was 16. After studying at Princeton University in the USA, he became a lecturer in Buddhism at Columbia University, by which time he was fluent in French, English, Classical Chinese, Sanskrit and Pali in addition to his native languages. Nhat Hanh returned to Vietnam in 1963 to assist fellow monks in their non-violent endeavours towards peace. Returning to the USA in 1966, Nhat Hanh met with both the Trappist Catholic monk, Thomas Merton and Martin Luther King Jr., who nominated him for the Nobel Peace Award in 1967. Nhan Hanh moved to live in France where, envisioning a form of Buddhism that could respond to the needs of society, he established the world renowned Plum Village - the largest Buddhist monastery in Europe and America, with more that 200 monks and which receives over 10,000 visitors for retreats each year: see here. Today, the monastic order that Nhat Hanh established comprises nine monastic communities across the world. As a world renowned Buddhist monk and peace activist, Nhat Hanh has written more than 100 books in English. The popularity of practices of mindfulness are widely credited as part of Nhat Hanh's legacy in the West. For an obituary of Nhat Hanh in The Guardian on 23rd January, 2022, see here.
To return to the Quoting Silence Collection, click here