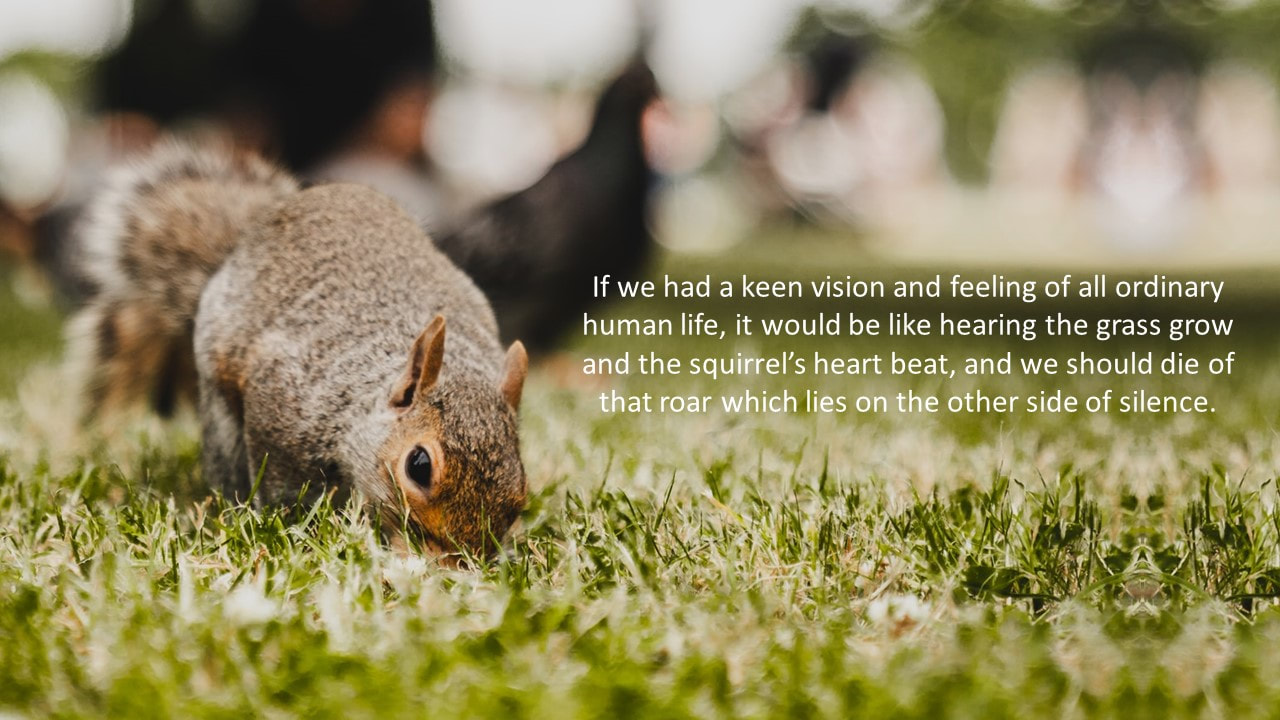 George Eliot (pen name of Mary Ann Evans), Middlemarch (Wordsworth Classics, 1993), 162.
Image: Peter Fogden, South Africa, @petefogden
For the first time in this 'Quoting Silence' series, this text comes from a novel. It is taken from George Eliot's (pen name of Mary Ann Evans) Middlemarch (Wordsworth Classics, 1993), 162. This is the first in a series of three linked quotes and images that will unfold on 30th August 6th September. Eliot's quote is directly referenced by next week's author and then a photograph of a painting by him will be the image for the quotation in the following week. Eliot's novel appeared in eight installments between 1871-72 but is set in a fictional Midlands town between 1829-32. Central to the novel is the reality that it's key character, Dorothea Brooke, cannot possibly attain the heroic stature of a figure such as Saint Teresa of Avila, not so much in terms of her life as a contemplative but rather the more concrete accomplishment of the reform of a religious order. For a short piece on Teresa of Avila's reforms and own spiritual journey, see here.  For a discussion of Dorothea and Teresa in Middlemarch, and Eliot's writing about women in this period, see here. Middlemarch is now heralded as Eliot's greatest novel and a classic in the canon of English Literature.
To return to the Quoting Silence Collection, click here