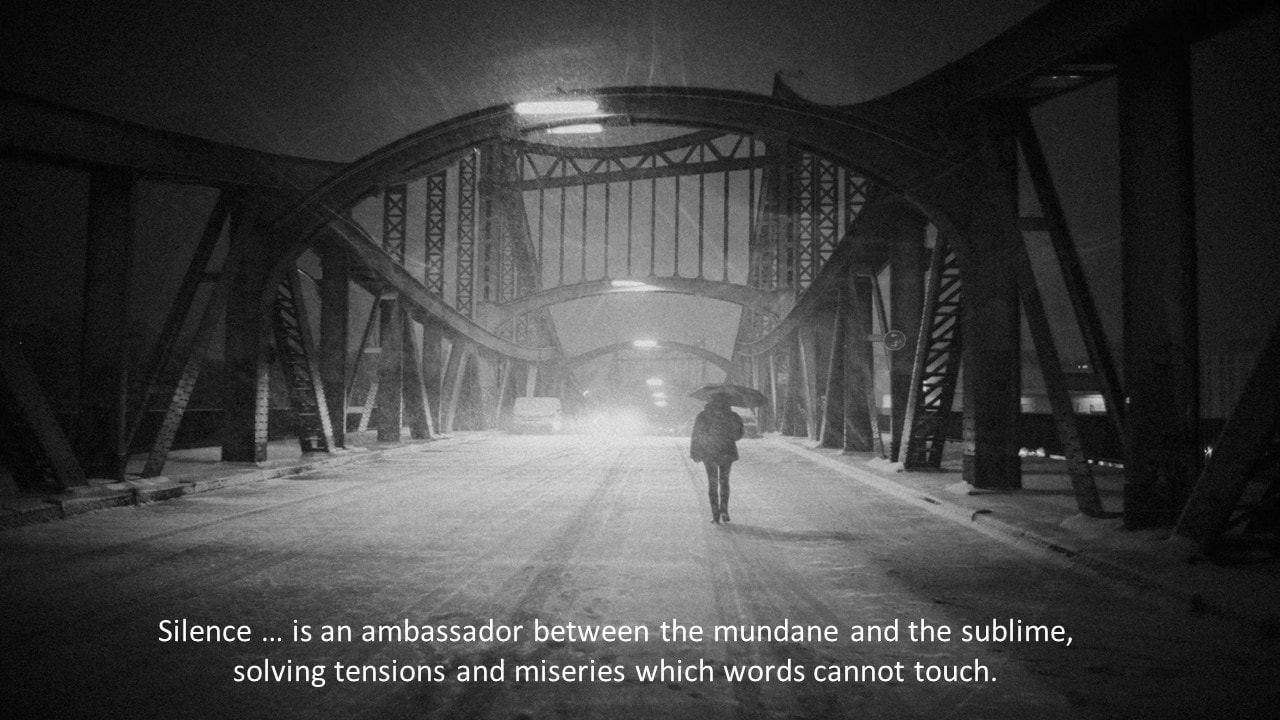 Diarmaid MacCulloch, Silence: A Christian History (Allen Lane, 2013), 218.
Image: Johannes Roth, Berlin, @johannesroth
This quote is from Diarmaid MacCulloch's impressively detailed book, Silence: A Christian History (Allen Lane, 2013), 218. Knighted in 2012, MacCulloch was Professor of the History of the Church at Oxford from 1997 (now Professor Emeritus) and is well known for in depth studies of different periods of ecclesiastical heritage. In Silence: A Christian History, as well as unpicking the tangled pathways of silence in prayer, contemplation and meditation within the traditions and different eras, he also explores the Judeo-Christian borrowings about silence from Greek philosophy, the silences of Jesus' ministry and the silence of God. This scholarly, wide-ranging and lengthy book also discusses some of the significant silencings within the institution of the Church, most notably, Christianity's difficulties in addressing questions of sexuality with honesty and integrity. For this book and more epic tales of the Church's past by the same author, see here. MacCulloch is also known in more popular culture from his BBC 2 TV series', How God Made the English (2012) and Sex and the Church (2015). To watch Diarmaid Macculloch's lecture, 'Silence Transformed: The Third Reformation, 1500-1700', given at the University of Edinburgh in 2012, see here.
To return to the Quoting Silence Collection, click here